The dinner table can get a little crazy with kids. There’s a high probability of a spill, a fair chance at some bargaining over what they will and won’t eat, and a good chance there will be a predictable dose of giggles at high decibels, at some point.

But this night, the night they had no idea what they were eating, there was none of that. No one spilled. No one bargained. And no one needed to be told to be quieter.

They were starving. And they couldn’t get enough of what they were eating, even though the familiar dish had one important ingredient switched during the prep process that they were entirely unaware of.

This night they weren’t just inhaling spaghetti, a meal even the pickiest eats without hesitation, one made traditionally with spiced sausage and other from-memory ingredients that simmer together for a few hours.  Nope. This night it was “Spaghetti Special,” although as the grown-ups monitoring this experiment, we did not make a big fuss.  We didn’t broadcast that anything was different.  We played it cool, by design.

We didn’t think they needed to know that the seasoned meat in that sauce was “special.” That it was harvested from a hunt. We just wanted to watch as these sometimes picky, non-game-eating kids cleared their bowls of every last noodle.

We waited to drop the bomb. And, we wanted to capture their reactions. These are the same kids who believe that just about everything comes from a pig – kids who once asked what animal grapes come from.  They are kids who live in one of the biggest metro areas in the country and have come to understand that just about anything is available at one of the dozens of grocery stores within 10 miles from their house.  And, if not, Amazon has it.

They, like many kids, believe food originates from stores. So when we decided to tell them what they were eating, we decided to show them, too. 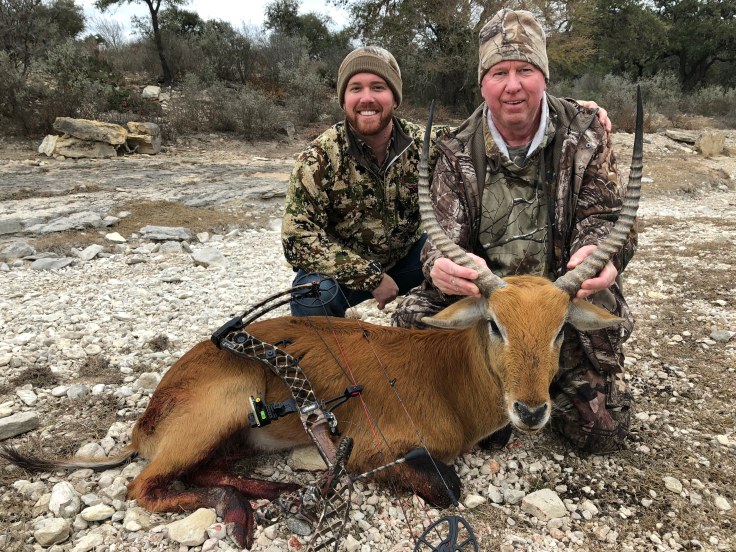 That. That was part of the “Spaghetti Special.”  That Red Lechwe, an antelope that lives in the wetlands of south-central Africa. That beautiful animal, with its striped, curved antlers and its golden coat.

That guy was in our freezer, divided into portions of protein that could very likely feed our entire family for the rest of the year. And it was that protein that was used in the “Spaghetti Special.”

And after a few sympathetic sighs that invariably come when kids are shown an animal, much less told that the animal they’re looking at is no longer living and has become part of our menu, they got it. They understood.

And now they eat “Spaghetti Special” without even asking what’s in the sauce. Same with tacos. And meatloaf. And burgers. So, they can officially add “exotic game” to their culinary resume, and slide a better understanding of the food chain into their back pockets.